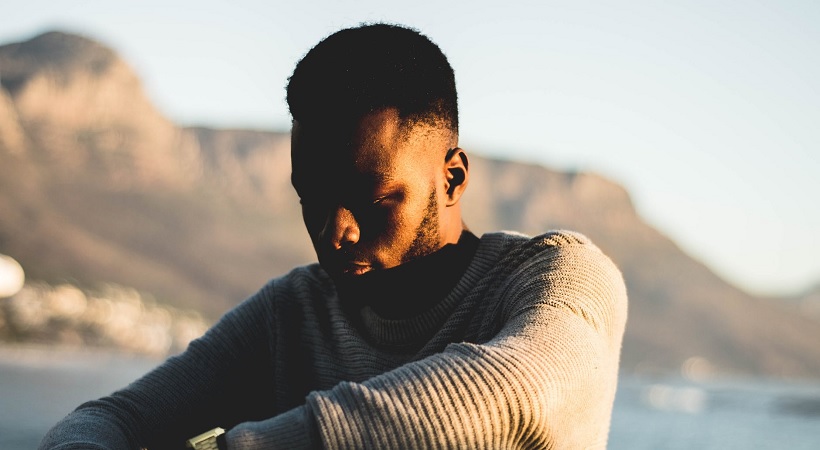 How to reconcile the promise of New Year reinvention, with the truth in your heart.

The New Year is almost upon us, and with it, articulated hopes and dreams, resolutions, and expectations for renewal and reinvention. When the clock strikes twelve on the night of December 31st, there before us is a chance for a fresh start. That’s how it works, right? Another swing at bat accompanied by a steely resolve to drop the baggage we’ve been toting around, nay accumulating, over the last twelve months. But what happens when that new day dawns and your heart is still broken, your bank balance is the same, and your dreams still feel far out of reach? How do you reconcile the lore of the New Year panacea with the truth in your heart? Never fear, we’ve got you, and you’ve got this. Trust us, it’s easier than you think.

First things first, be real. You’re a human being, and you know what? So are LeBron James, Beyonce, Lizzo or whoever else you idolize, and you can bet your last dollar they are also waking up on the first day of the new year carrying forward challenges from the year before. They might be in a nicer bed than you, but they are still heading to the bathroom to wash and ready themselves for what’s next, with some cumbersome emotional luggage in tow. Unless you’ve got a fairy godmother wielding a magic wand in your favor, more likely than not, you too will wake up on the first of January the same person who went to bed the night, or a few short hours, before. Here’s the important part: That’s ok. It’s actually great, because so are you. You are not the sum total of your hurts, or perceived failures and though you might feel alone or as though you are the only person alive who is unable to rise like a phoenix from the ashes of a bad year, you are not. To quote from R.E.M.’s 80s rock anthem, “everybody hurts, sometimes…” Take the pressure off to heal more quickly than you’re able, and instead honor yourself and your journey by greeting the new year grateful to be alive and with the knowledge that, in your own good time, the weight of whatever is challenging you today will surely lift.

Second, don’t set yourself up to fail. The best way to avoid this is to not make New Year’s resolutions. You heard right. Just don’t do it. The statistics are abysmal. According to a recent article in Inc. magazine, more than 60% of us will make a New Year’s resolution, but only 8% of us will achieve those goals. In fact, most fall short right out of the gate, admitting they “failed” to stick to their new life plan before the sun set on the last day of January. The way we see it, the problem with New Year’s resolutions is that they are often created in the hopes that we can become something, or someone other than who we actually are. If you hate the gym but make a resolution to go five days a week from now on, you’re either going to be miserable and at the gym, or you’re not going to go and then wind up feeling like a failure.

This is not to say that you shouldn’t set goals, make plans, and otherwise set your sights on your imagined dream future. We’re just saying, don’t be so rigid about it, and honor yourself and the process. You see, a resolution brings with it a do or die, all or nothing kind of pressure that its kinder gentler cousin, goal setting, does not. It’s always a good idea to have goals and to dream, dream big in fact, and by all means expect a lot of yourself, but it’s important to leave room for course changes and corrections, and to be open to new information that could inform your journey.

Lastly, at the risk of sounding trite, give yourself some space and some love. It’s no small thing to carve out time for self care, but you’re worth it. No, really, you are, on that we’re uncompromising. Carve out some time on January 1st to just do you. Maybe you’ll spend that time crying. Cool. It’s an endorphin release and if you need to cry, by all means go for it. Maybe you’ll smooth on a face mask and binge some Netflix shows. We say yes! But also consider buying yourself a journal, or if you can’t afford one, get some paper and a pen then pour your heart and soul onto it. Whether you’re a writer or someone who doesn’t know an adverb from a semicolon, wonderful things happen when we put pen to paper. Write whatever comes to mind, you’ll be amazed how freeing it is to rip into someone on the page, but also how much more open you will feel if you also take time to think about, and document, the things you love. Now take a step back and a deep breath and know that the new year will bring many blessings into your life, they just might not arrive on the very first day.