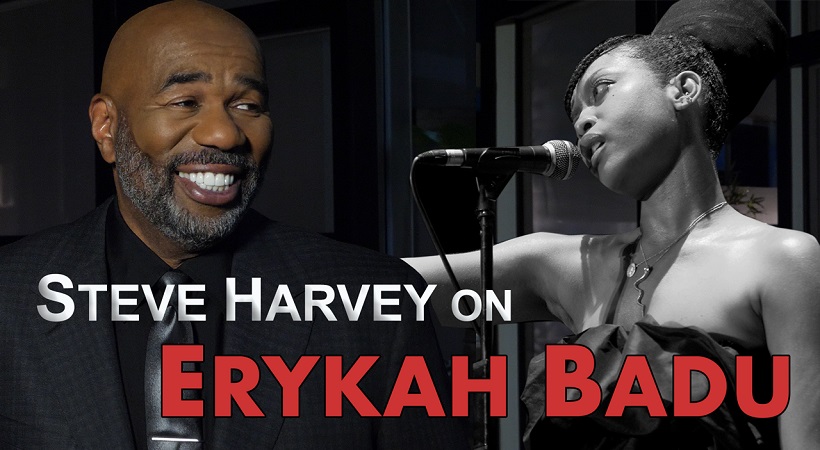 Steve Harvey Looks Back on Longtime Friendship with Erykah Badu

Erykah Badu is a good friend of mine, many people don't know the history of our friendship.

Erykah started out as a waitress in my comedy club in Dallas, Texas in the early 90’s. Erykah quickly worked her way up to stage manager and began writing songs. One night while I was on the keys, she began to sing. Next thing you know, we had an album “Steve Harvey and Erykah Badu Live at the Steve Harvey Comedy House Theatre, Section 8.” All of our songs were about being poor because we were both poor!