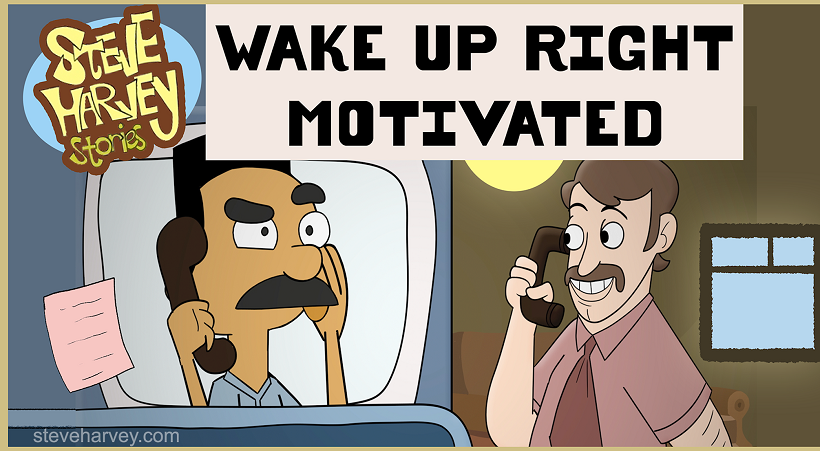 “I WAS GOING THROUGH A ROUGH PERIOD IN MY LIFE.

“You’re going to be sheer greatness because you’ve learned how to wake up.” I’ll never forget when John Walker told me that almost 40 years ago.

I was going through a rough period in my life. I had just been laid off and was on unemployment. At the time I signed up for Amway and my sponsor would call me at 5:30AM every morning. I had a bad attitude when he called, I was laid off and couldn’t see my future and it was 5:30AM! One day he called and said “I’m disappointed in you, when are you going to change your attitude? You wake up with a bad attitude, which pretty much explains why you’re having a lot of bad days. I hate that about you, you have so much potential.”

Now that cut me deep, I don’t like anybody – thinking I’m something but I’m acting like I’m not. So the next morning I flip the script. Watch what happens next. Here’s the reason how I became the AM morning radio personality. God turned me into the morning man. ‘The Steve Harvey Morning Show.’”

PreviousPrevious post:Where Did Cussin’ Come From?
NextNext post:In Charge of Me | Motivated +